p       l        a        y        c        a        r        s
​The model comes in a folding card board  box, like BBR ones and is fixed on a base, covered in black synthetic leather, just to remember you from the first sight that you just received something different. Applied on this base, an aluminium badge reveals the type of the car, together with the collection's logo and  until now, the model's presentation belongs to a superior level. The model is covered in a beautiful shade of “rosso Ferrari”, the paint job is awesome, well applied, shinny, without differences between the metal and the plastic parts. After a promising start, I'm very disappointed to see the full grills that cover the air vents and I really don't know what they've thought when they chose this solution. 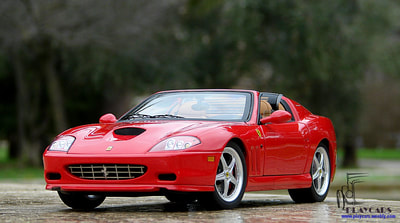 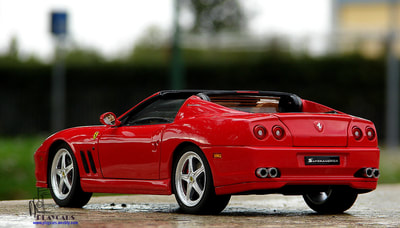 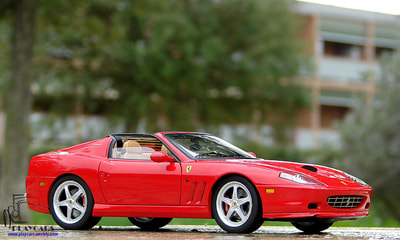 Anyway, moving forward some fine details are coming out,  like all the logos and inscription made from photo etched metallic parts, except the “Cavallino rampante” logo on the front lid and on the  both sides, the lights are well made without visible stubs and what I really like are the final parts of the exhaust system, replicated by photo-etched metallic parts . The manufacturer, did a great job in making the screen wipers in the same way, the final result and the real factor being guaranteed, these parts definitively looking as their real counterparts and another little detail, but effective, is the real car’s logo printed on the fuel lid.

As on the real car, this model features a functional glass roof, which can be closed and open on the same way. Its frame was printed on with a carbon look alike  pattern, but if you want my opinion the final result or better said the realism of this piece is far away from the original, because the carbon texture is over sized and its color is very different from the original. I can't agree as well the sticker which replicate the third stop light included on this roof. 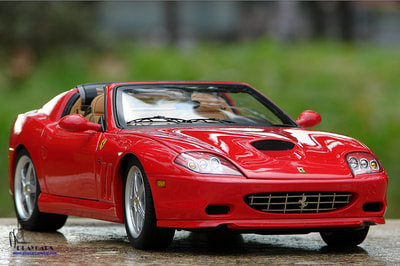 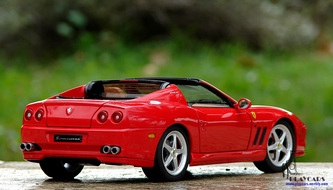 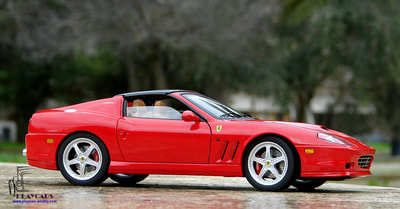 The Super Elite models are limited series and as I said before are supposed to be better from any point of view than the Elite versions. But, when this article was wrote the asking price for a Super Elite is equivalent with one for a high-end model.  In this moment I can't consider a Super Elite to be a high-end model, because are not enough reasons to make the difference or to justify the higher price. I've noticed a slight difference of quality on some materials and a better finished interior, but the details on the Elite series are still nice and well made. A lot of photo etched parts and few hoses in the engine bay aren’t  strong enough to make the difference, not to mention that this model keeps the old solutions and not only a single upgrade from the basic Hotwheels models.