Having a long tradition in making die cast models, Norev managed in the last years to release models of several auto brands and to increase constantly their quality level. Their products represent a real alternative in matter of price, many times you can get even more than have you paid. Are releasing not only usual models, but dealer editions, too, which are distinctive by package, special colors and minor details. In this case I will talk about the Porsche Carrera Turbo (997), the Dealer edition version. It comes in a  silver card display box, having only the name of the car printed on and is fixed on a plastic base. At a first sight the model is very attractive because of its color. A metallic dark brown, very good applied, smooth and shiny. Isn’t a heavy model, but doesn’t feel fragile, the shut lines are minimal, only the stance being too high on the front side.


The wrong stance is a general problem for their models as long as the acquired model isn’t a SUV. If you have some skills this is easy to be fixed, but I’ve never tried before. They’ve replicated well the lights, applying correct lens and colors, but using visible attaching stubs for the fog lights, lateral turn signals and for the third stop lamp. The grills were correctly modeled, but are not covered with real mesh and the black plastic behind, isn’t so good looking.  A cut-in operation for the air vents on the rear side would be more than appreciated. Car’s logo and rear lettering are tampo applied decals. To cover the exhaust pipes they’ve used a qualitative chrome and the model provides real license plates, replicated by a decal nicely applied on an individual plastic base. 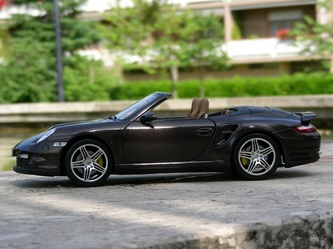 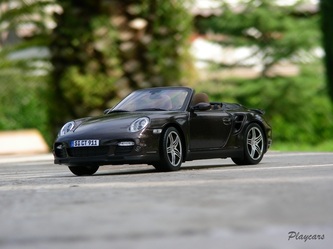 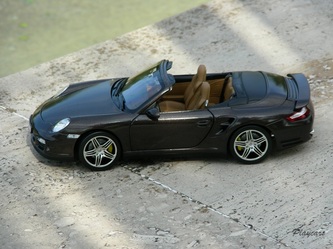 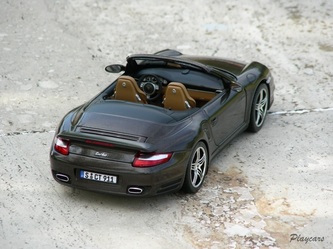 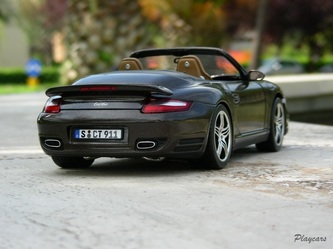 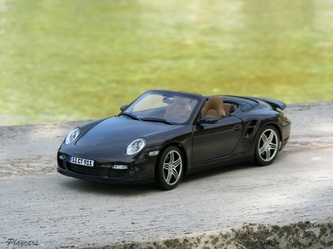 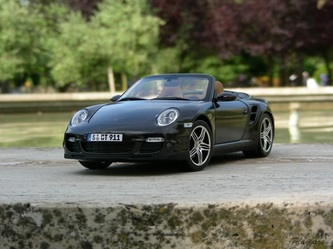 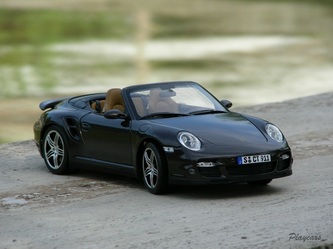 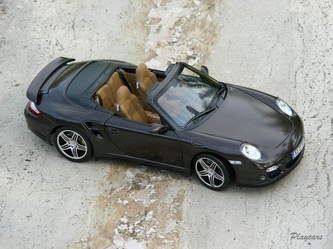 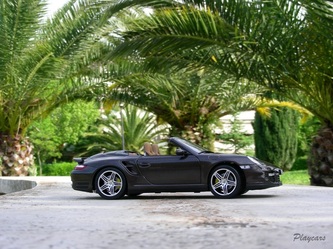 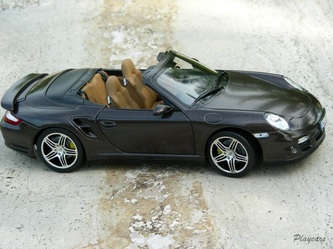 A good job was done in the wheels zone. The rims are precisely made, with thin spokes, beautiful detailed studs and the logo applied in the center. Tyres are rubber made and for the brake system the manufacturer used fake cross drilled disks and yellow painted calipers marked with the Porsche lettering. The final result is really good. 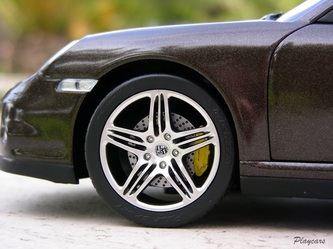 Being a roadster, the interior is easy to be observed. They’ve tried to detail it well, but everything seem to be done in hurry. The central console has the buttons modeled, but poor detailed and was painted in a too thin, silver shade. For the navigation display, a sticker was used and the indicators are legible. I don’t like again, the silver paint used on the steering wheel and shift gear, that appears to be over sized. The seats are looking cheap made and have visible seams, but uninspired modeled car’s logo on their back. No carpeted interior is available and this is the reason why the interior has a “too much plastic” note. 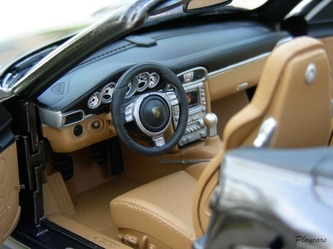 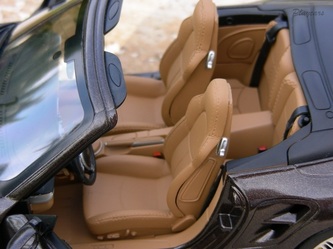 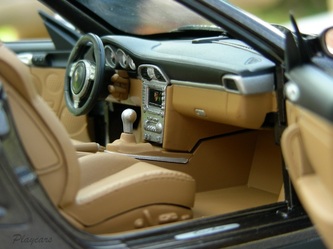 No further details under the front lid, only a compartment that lacks the carpet too, and give the same poor impression. The engine lacks detailing, if you are to watching it from its superior part. On the real car is hard to see anything else, too. The cooling fan and a label were applied under the lid. Underneath, the engine and exhaust system could be better seen, without any major detail. 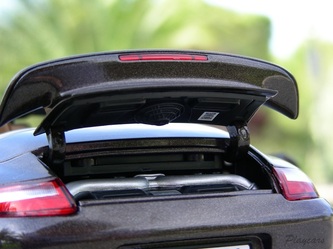 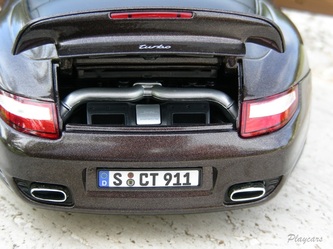 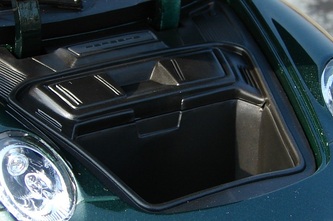 This kind of models represent a solution between the budget and premium level. For the asked price isn’t bad at all, what Norev offers here could be considered a fair deal. For sure it lacks better finishing and many collectors, including me too, would be willing to pay a difference of price for a better product. What can be criticized is that Norev doesn’t respect a general line for their Dealer edition models. You will be able to find some details on a model, but the same details could be missing on other, even if is a dealer edition, too. Just take the carpeted interior for example: I have dealer editions with carpet inside and models in the same edition without it. I think, they have still to work on this aspect.