Mercedes Benz SLR Stirling Moss is one of the most wild and original car ever made.  I was so enthusiast when the scale replica was announced by Minichamps and I didn’t hesitate any single moment to buy, when it was available. Having a great experience with the manufacturer, because of his old releases that I’ve already owned, the SLR Stirling Moss was a very big disappointment for me. They chose to replicate a car with a huge potential in the cheapest way possible and against any good sense. After all of this the model was recommended as a premium one. I’m sure you are curious now and I will try to describe above, what the model offers and what it should be offer.

It comes in a dealer edition package, which offers a good safety for the model. A screw driver is included and both cockpit covers are individually packaged. At a first sight the proportion and stance are looking good. The same thing for the metallic paint, but when you’ll take a closer look will see, that the model body isn’t smooth and the paint has dark shades around. The model is heavy and feels solid. Headlights are nice detailed, but not deep enough to fit well their covers. For the air vents wasn’t used real mesh, only a textured plastic base which looks cheap and change radically the general look. The three pointed star is good modeled and covered with qualitative chrome. What is really annoying me is the fact that the front lid, even if functional on my 80 euro model, can’t be open! I’m wondering if Minichamps provides QC for their products. Trying to open the front hood, because their aforementioned wrong fit, the plastic cover of headlight felt down.

Moving forward on its side, the signals are attached with a visible stubs and the plastic used, has not the proper texture. Final part of the exhaust pipes was chromed, but the surrounding grill would look awesome covered with real mesh. A great detail totally ignored by the manufacturer. The doors aren’t opening and the fuel cap was detailed to look like a separate piece. Taillights have a poor look because instead of colored plastic, they’ve used paint to render evident the real look. The LED’s segment was done, but the covers are not finished, the plastic residues can be easily seen. What let me down here are the fog and third stop lamp, only painted, the sticker containing the car name replacing the license plate and the non functional spoiler. 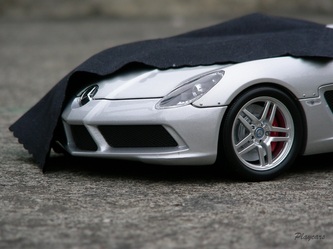 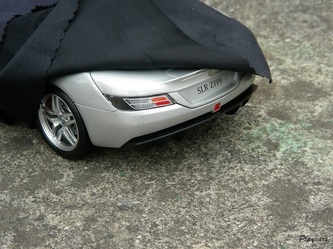 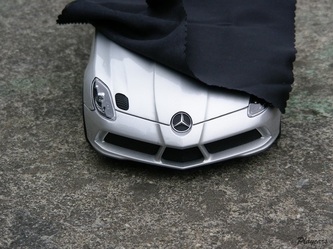 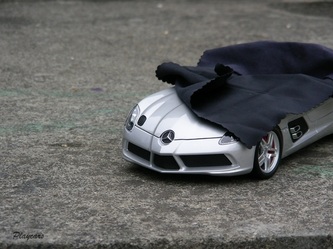 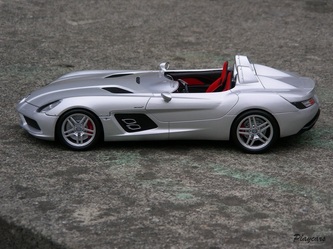 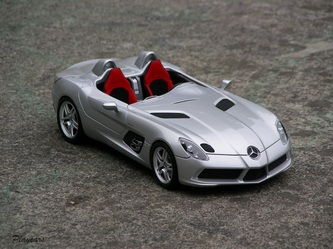 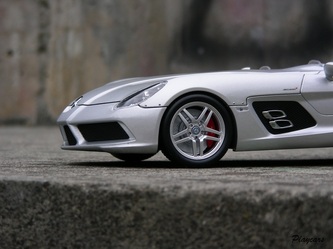 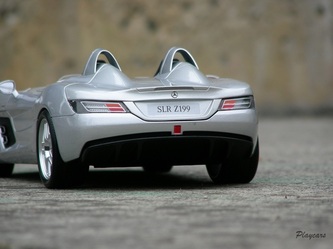 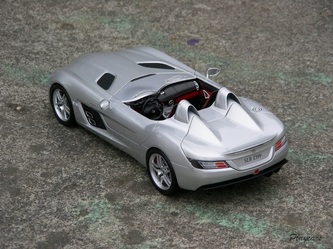 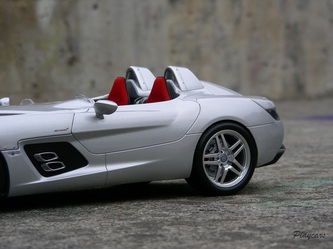 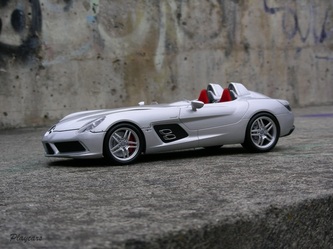 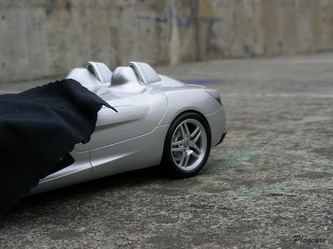 The rims are quite accurately, with evident studs and the lug nut marked with the car logo. For the brake system the details could be considered pretty good with well represented rotors and painted calipers, but poor brake disks. The tires aren’t branded, but have the correct profile. Is disturbing the fact that the wheels are moving in all directions, creating the impression of a toy. 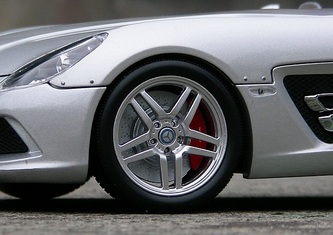 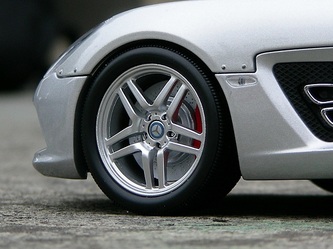 Two individual removable panels are completely covering the cockpit and fits the space well. Is also present a thin divisor, which comes mounted between the 2 panels. Looking to the cockpit the quality in matter of finish and details, lacks. Both seats are covered with a textured plastic, but some glue residues are visible. They’ve tried to replicate the carbon pattern with a very poor result and no proper carbon fiber shade. Few buttons on the central console represents a rash trial to replicate the original parts. The plastic used for the door panels and steering wheel is cheap and bad looking. On the floor they’ve used a carpet, not rich enough, more proper for the 1:24 scale models. The same carpet can be found in the trunk. 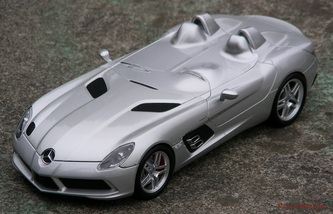 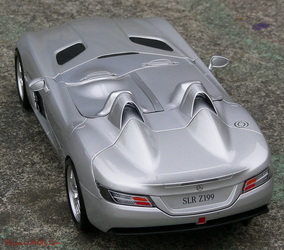 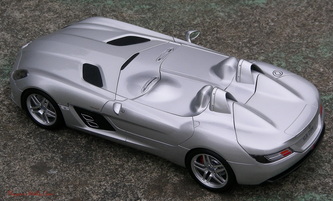 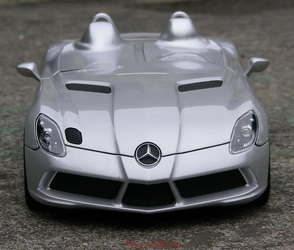 I can’t open the front lid, as I’ve mentioned, but nothing to miss. In some photos from the internet is easy to see, the engine was made in the same manner, poor detailed and made of cheap plastic. Both lids have the opening angle very tight and the rear one is opening on huge hinges.
This was a bad experience, not only with the model, but with Minichamps, that continues to consider us, the collectors some kind of fools. This SLR was good for a mould, not for a final product. No details and not even the intention to reproduce some of them, cheap materials and many unfinished parts. No wonder, why the model is now selling on discount, but guess what, they’ve released the orange version for almost 90 euro! This must be a joke, but unfortunately it isn’t. If you read this or had a bad experience with this model or the manufacturer, too, just contact them and complain about. For me Minichamps is a close subject and I will focus only on the few old models, which are fitting my collection theme.