Who ever thought that someday this car would be replicated in 1:18 scale? Or better said who would ever have done that? Well, the team from DNA Collectibles already known about their originality in choosing their subjects, announced their intention few months back and now in the end of 2018 the model is almost ready to be purchased on their online shop. The team was inspired in replicating the Peel P50 by the Top gear's episode where this model was the main character of an original presentation.
The manufacturing is precise, sharp, well finished, DNA treated the subject very seriously and the result keeps further the brand tradition of great resin made replicas. The body is well moulded after the original design, the single left door keeps visible the shut lines, the external hinges and a delicate handle, developed as a single piece. The bumpers are individual pieces as well, finished in a different color and keeping the fixing screw heads visible. A lot of attention was put in making the little accessories like the front light, detailed with a chromed ring as the original and keeping visible inside, the light bulb. 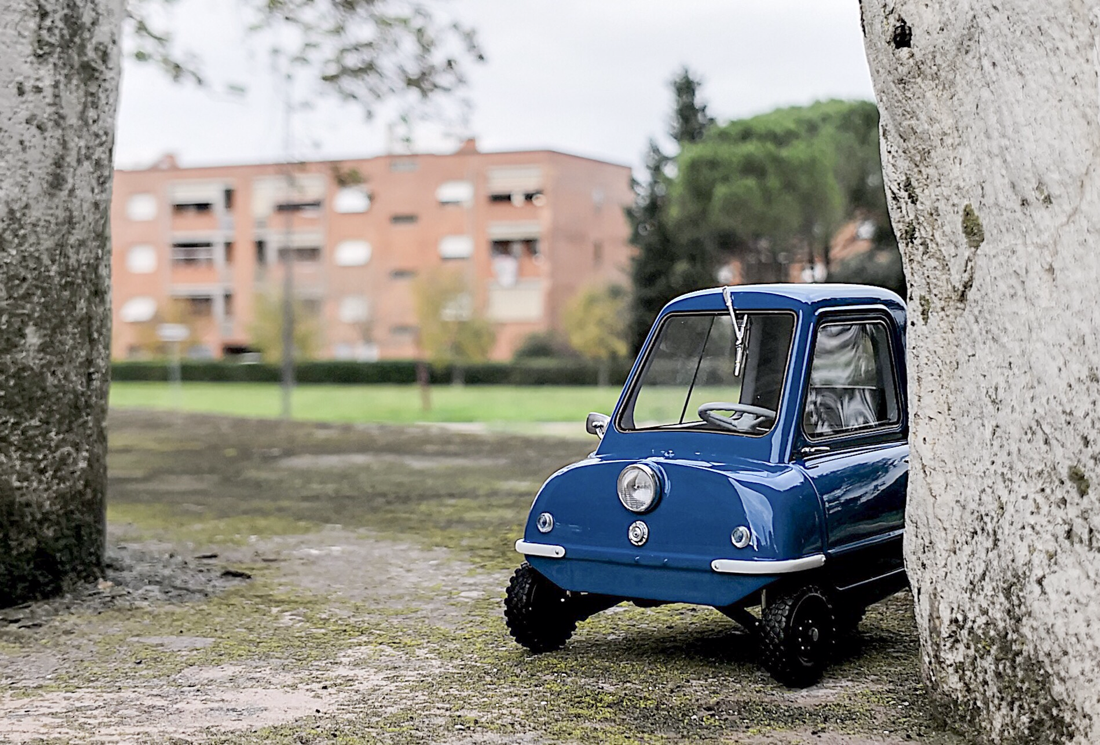 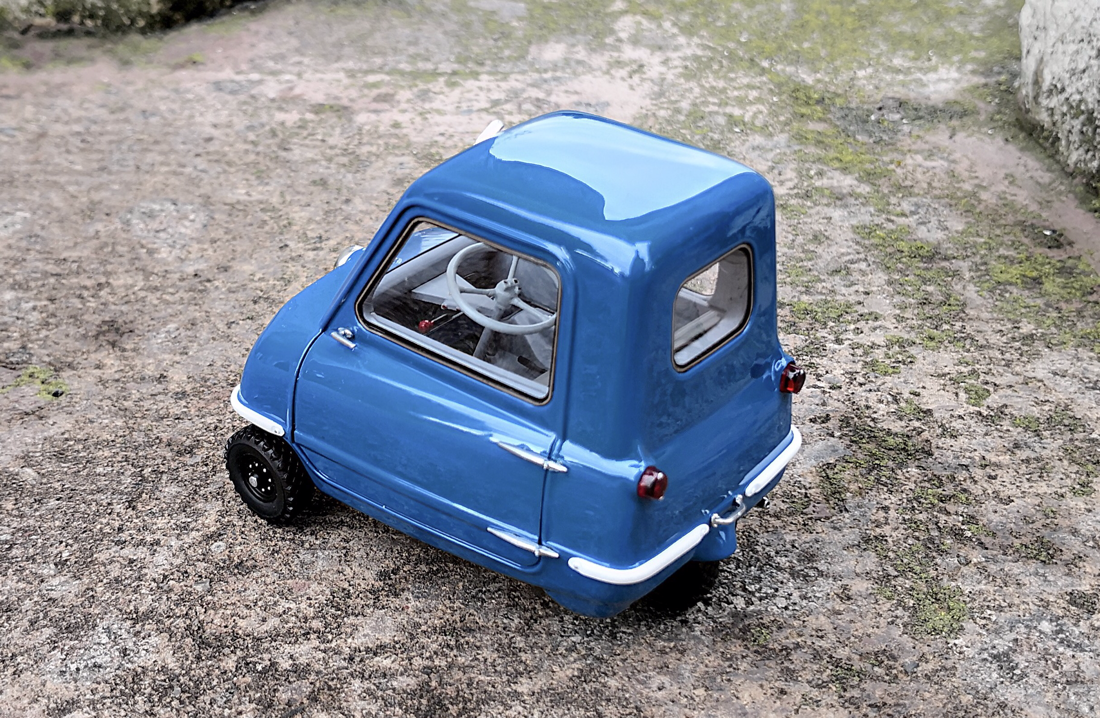 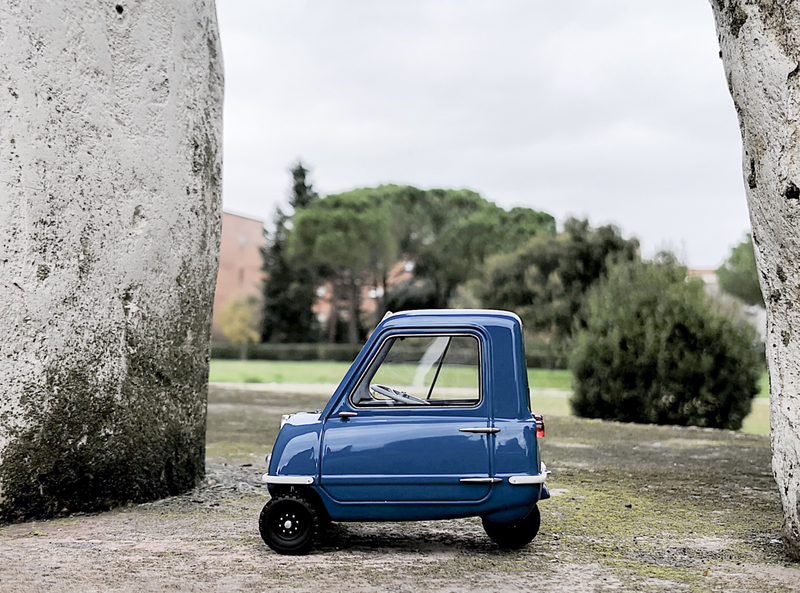 Is surprising to see how many fine details can be spotted on a few centimeters model and how they bring more value to the replica when are well made. Is enough to look at the subtile windows frame, beautiful chromed or the Peel lettering on the front side of the model, to understand this. Same as on the real thing, our model was equipped with a screen wiper and a two pieces window on the right side. 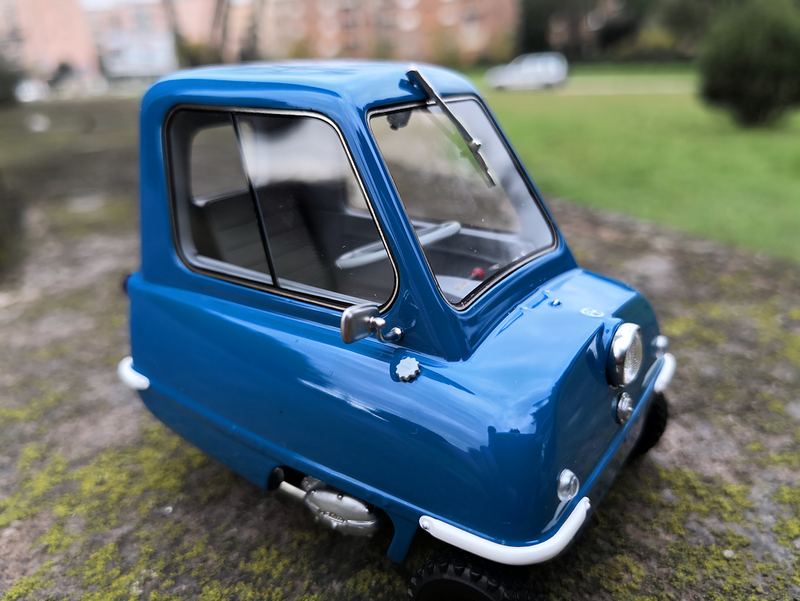 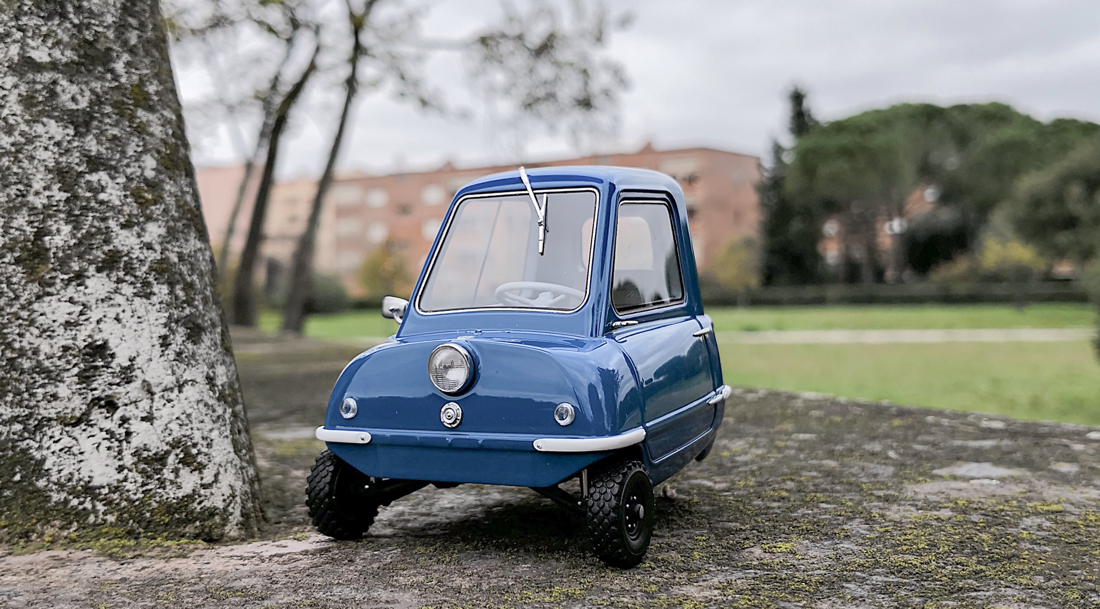 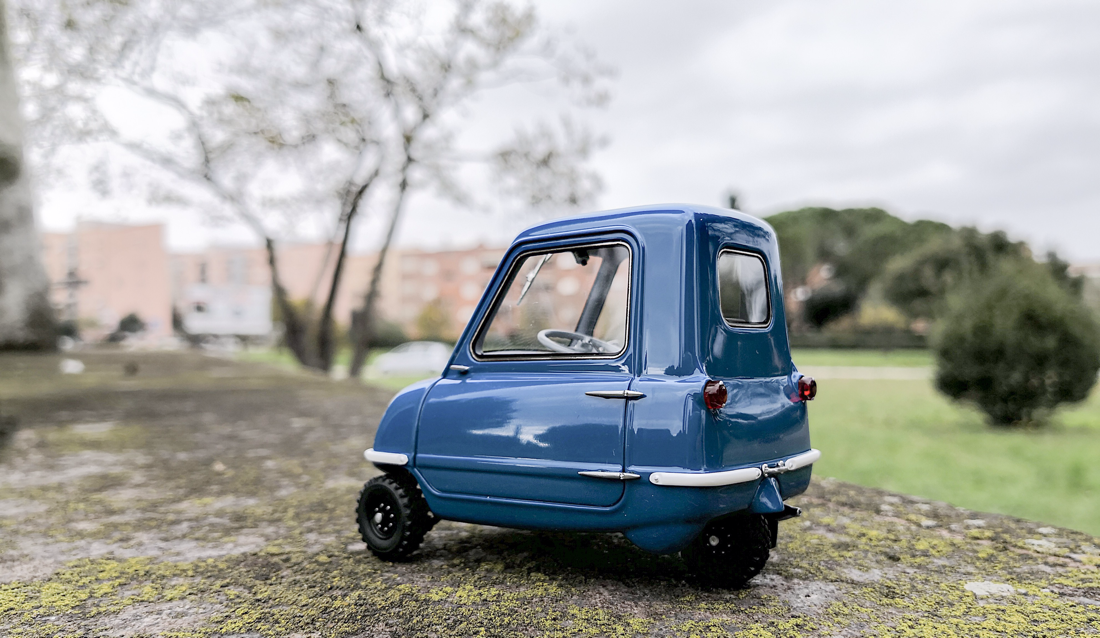 The 49cc petrol engine leaves on the right side, next to the front micro wheel and gives the opportunity to the development team to represent in scale an engine for the first time. Its shape and a few visible details are well made and if you'll turn your model upside down, you'll discover other details replicating the chassis structure and the suspension, where the metallic front dampers represent a very nice detail. Only the exhaust pipe, nice moulded, should be shinier if I report it to some photos of the real car. 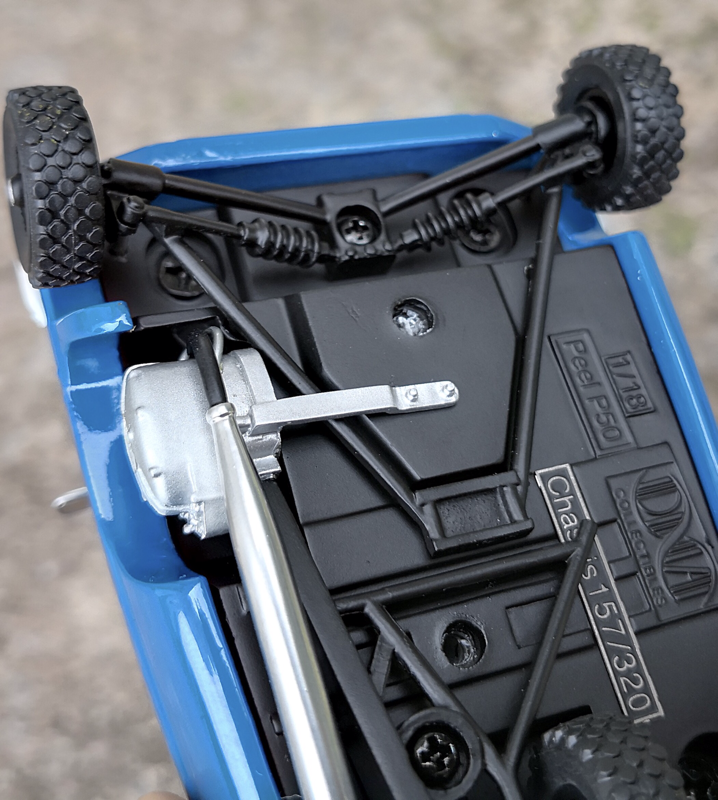 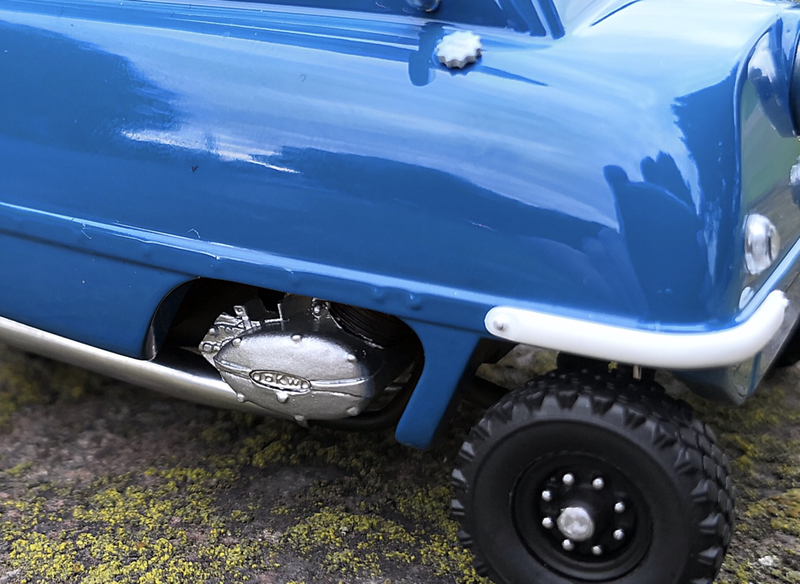 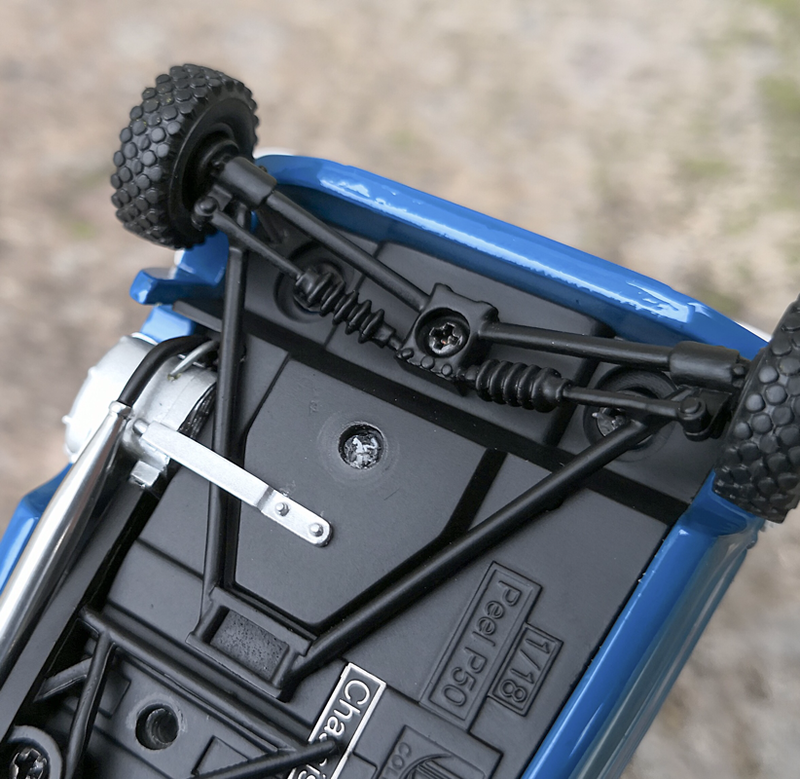 The privilege to see in real the smallest 1:18 model car and put my impressions in this article was a true fun. That little replica conquered me immediately and I still keep turning it over and over to discover more details or observe it from a different angle. The simplicity was kept only in the original design, the manufacturing goes to the next level and having this car replicated is an opportunity to not be missed.