The generous CL coupe was released by AutoArt several years ago, in 2000. It was released in few more variants: CL500 Lorinser Verinser, CL600, CL55 AMG F-1 Safety Car and CL55 AMG. For its time the model was for sure impressive, as level of details and quality. I’ve added recently in my collection the rare now, Lorinser version, and I need to tell, the model surprised me. Is a heavy model, even if the bumpers, sills and the aerodynamic spoilers are made of plastic. It appears to has the correct proportions and stance, is a solid and well painted model. Added in a thin layer, the paint is better in comparison with other models from its generation, is glossy, deep and has a metallic effect. The gaps are minimal, only between the front bumper and the rest of the body are not uniform, but are not looking like a serious problem. We have good replicated lights, including the fog lamps, too, nicely detailed and correctly painted, without visible attaching stubs.

The air vents are covered with mesh, silver painted, to replicate the aluminium effect.  The chrome ornaments are perfect everywhere. I like the details, like the parking sensors and light's washer which are modeled in the front bumper. Included in the front mask, the Mercedes star is fine scaled and made, having a great look and the logo was replicated by a tampo applied sticker. Looking from its side, the model looks great having a sportive profile. Are carefully made the plastic door handles and the mirrors, which are including the turn signals, made of a translucent plastic and clean attached. Little “Lorinser” badges were tampo applied next to the front wheels. On the rear side the main details are: the grills covered with mesh, the taillights great made and correct colored, the same parking sensors moulded in the bumper and the metallic photo etched decals for lettering and the Mercedes star. The same qualitative chrome was applied on the ornaments and the final part of the exhaust pipes. The third stop light was only painted. 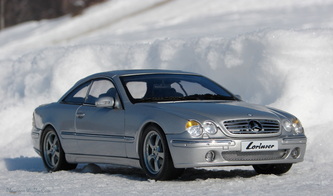 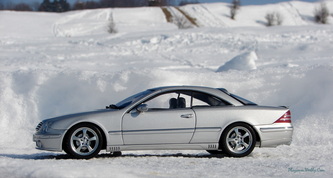 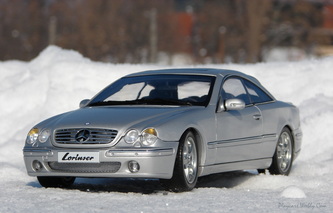 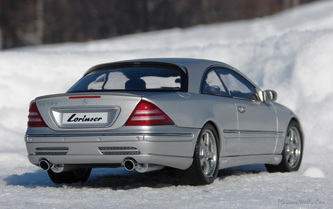 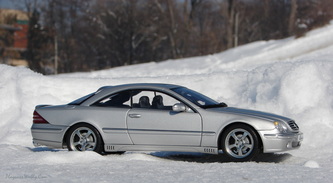 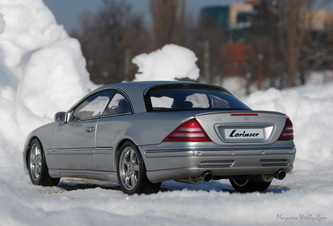 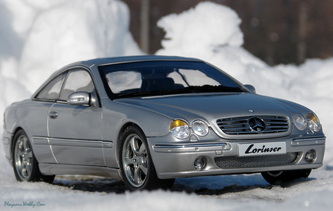 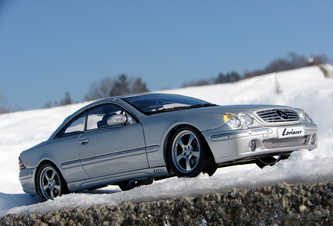 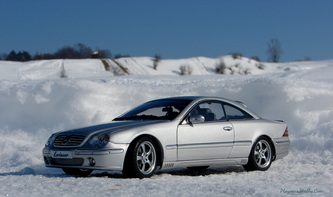 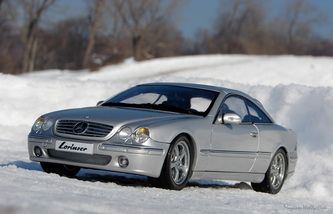 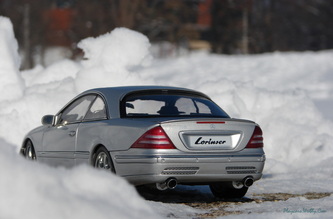 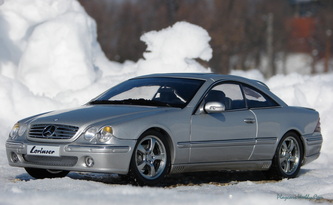 The rims are wonderful, keeping the real tint and beautiful detailed with realistic studs-great crafting here- and rivets. Are marked with Lorinser name in the center. Not the same detailing level for the brakes, unfortunately. The calipers were kept in the black unpainted plastic and the front disks are painted to fake crossed drilling. The tires have the correct profile, but aren’t marked. I’ve seen models of the same generations with better details here. 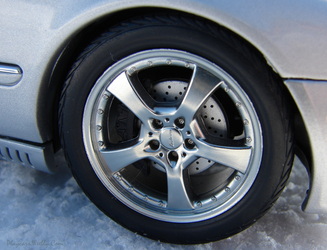 Because of the fine gaps, the doors are quite hard to be open, but using a tool it won’t be a problem. The interior is looking good, carefully made and finished. No visible gaps, only the grills from the ventilation system are very poor made. Is nicely detailed with wood profiles and all dash controls accurately moulded and painted (included is a GPS screen, climate control and stereo cassette). The seats include seat belts buckles with the release button painted in red. It was better if they’ve chromed the shift gear details, instead of painting in silver. On the floor and a small part of the door panels a textured plastic was added to replicate the carpet and the door entries were marked with "Lorinser". I like how they replicate the cockpit, is great detailed and finished for the model’s age. 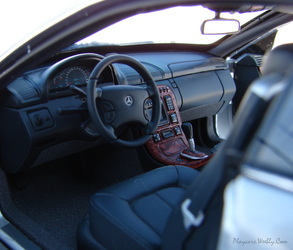 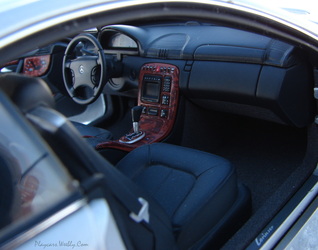 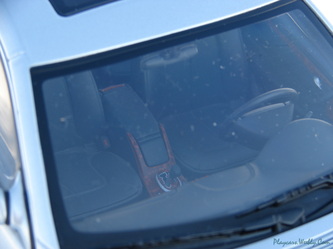 Both lids are opening, but can not be fixed in this position. Because of the real car, the model’s engine is all covered by a plastic made protection. Only an individual made container and some rigid hoses are visible. Nothing to catch your attention here. The trunk was covered in the same textured plastic from the interior. 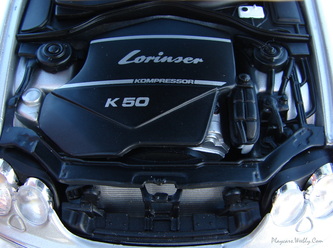 The model is a faithful replica of the real car. I like the way they’ve done it, carefully and detailed. For today’s standards for sure many other details could be added, but in comparison with the models from thirteen years ago, this is a high class piece.