Just following its futuristic-retro design the Ford Forty nine appears to be a very interesting concept. Because are some years since AutoArt released this model for more collectors is still an unknown or an exotic presence. The stock was exhaust many time ago and rarely a Forty nine concept appears on the hobby market and not always in good conditions. I searched a long time for one of this and only now(2013) I was able to find one in MIB conditions. I really like this concept with a  futuristic-retro look. It will be a great pair for my Holden Efijy. I will take a look on this model keeping in my mind as I said, that was released in the first generation of AutoArt models. Even after a long time is a good made model, having a good paint, well applied in a thick layer in comparison with what we can see on the modern models. Isn’t a heavy model, the bumpers being made of plastic.

Not many materials are available even with the real car, but from what I can see the model keeps the general shape and stance good. The lights are exemplary made, no visible stubs for attaching them and the front ones have a beautiful yellow tint, like on the real car. On the rear side, the stance seems to be higher, but no worry this is the way that it should be. The final exhaust pipes are nicely chromed and the “Ford” badge is an individual part. All the lateral and front inscriptions are tampo applied. The taillights are individual parts and are present even if the dark shade is creating an optical illusion, making you believe for the moment that nothing is disturbing there the fluid shape of the body. The superior frame of the license plate is nicely chromed. The same thing for the roof frame. Even if the real car has no door handles, the bold was replicated on the model. 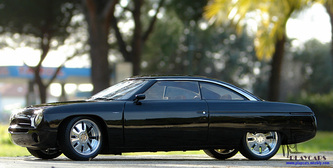 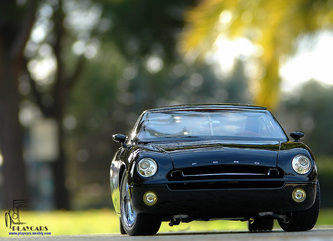 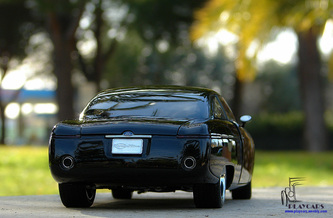 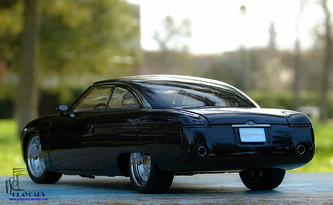 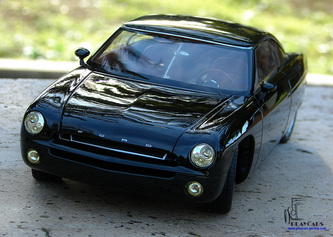 The wheels are very big and the rims are perfectly chromed, nothing behind them could be seen, but the brake system is replicated, without any major detail. Four open features are available on this model. The large doors reveal a beautiful and simple designed interior. No great details can be seen inside, the folding seats and the carpet are the most important. Not many things could be replicated here, the real car design being minimal. They replicated the single indicator present on the dash board and the central clock.  The multi functional steering wheel was nicely done and marked and on the inferior part of the cockpit the pedals are looking good. I must say that the roof is almost transparent and has the same beautiful aspect as on the real car. Both lids are opening on traditional hinges, nothing unusual for the crafting period, but are very fine made. The engine is all chromed and without any particular detail. The real one looks in the same way. The rivets and the surrounding panels of the engine were painted in silver to replicate the aluminium from the real thing. The general look is more high tech than a traditional engine bay. On the rear side, the trunk is carpeted and no other detail is present. 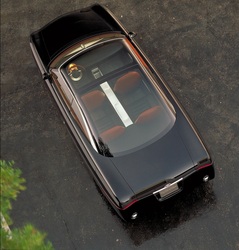 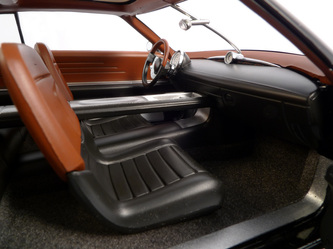 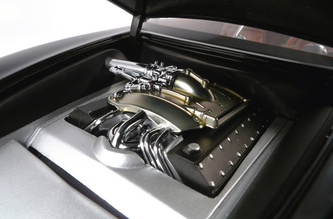 I like very much this kind of cars and I like the model, too. For sure it was something special at its release time and continue to be. As more as isn’t an usual presence in all collections.


All Copyrights rest with the author. No reproduction without permission. Copyright © Play Cars- Auto models biography 2013
Powered by