With Porsche's limited resources and the enormous consequences for the company in getting the 356's replacement right, the gestation of the 911 was a long one. Development of a 356 replacement was instigated by Ferry Porsche (son of the firm's founder, Dr. Ferdinand Porsche) way back in 1956.  Prototype and preproduction 901s were such common sights in Germany during 1963 and 1964 that many consider these cars the first of their type. But French car maker Peugeot claimed the right to any car names with a numeral zero in the middle, so when the 901 went into regular production in the fall of 1964, its name was changed to 911. Sketches of the 911 were drawn by Ferdinand 'Butzi' Porsche in 1959 and conceived as a powerful, larger and more comfortable vehicle to Porsche's first model, the 356. The result was a tiny machine packed with high-tech pieces. There were 232 examples of the Porsche 911 built in 1964, and just 45 are known to exist in modern times.

This  short history of the first 911 will introduce here the story of its 1:18 replica, produced in 1:18 by Autoart, from my point of view. As usual, being an old model, was included in the Millennium collection. The model comes in the same display card box, about whose shortcomings mentioned many times before. As is real counterpart the model is small, delicate and light. Is perfectly painted in a shade that remember the 60's more than the model itself. It fits the classic lines very well, being non metallic and not very glossy. The parts are well aligned, the stance and proportion seem to follow strictly the original look. The first 911 coupe is almost delicate-looking, with chrome accents around the windows and bumpers along with chrome steel wheels with flat hubcaps similar to the 356's. The Porsche name was spelled out across the tail in block letters with 911 in script just above and to the right of the maker's name, and below a large single air intake at the top of the lid modeled by two overlapping grills-one metallic- for a great result. The little air intakes in the front where put in evidence with a black wash. The lights and turn signals are just awesome, having a very realistic look. Wipers were painted in silver, instead of chrome and not convinced me much. Raised as a single part, the Porsche logo is beautiful and legible. 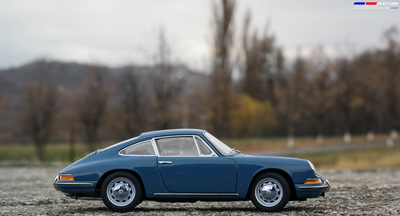 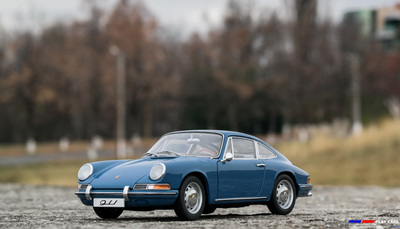 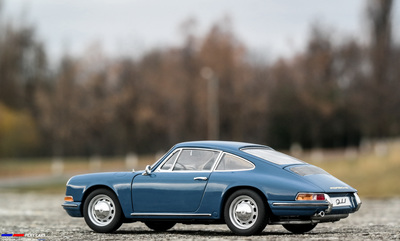 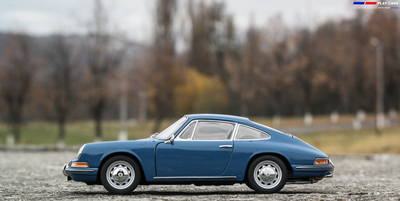 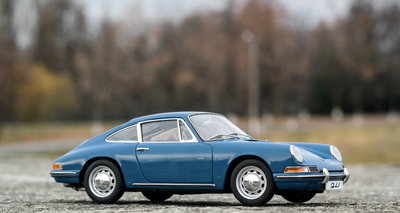 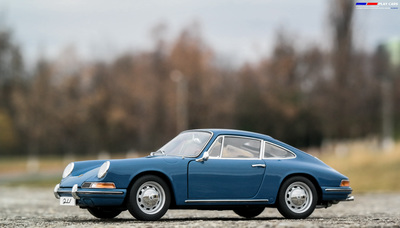 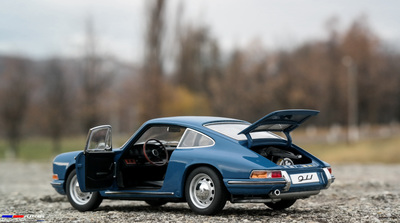 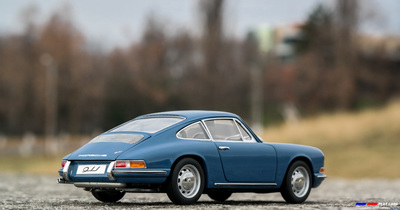 The wheels are keeping the simple, but elegant design, are cut through and closed by the excellent hubcaps, customized with the car's logo in the middle. Tires are made of soft rubber, without markings and shows a true profile, according with the period. The brake system is visible only underneath and is poor detailed.  As a personal note, if AutoArt would have done the hubcaps removable, the ensemble was perfect. 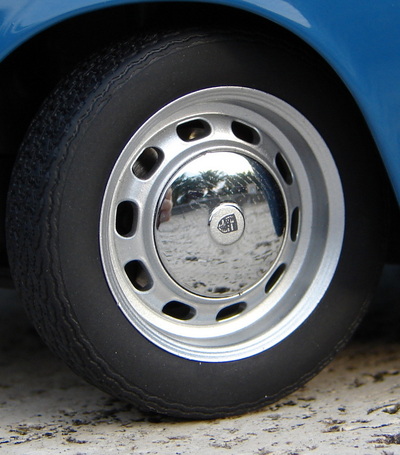 The door handle is strong enough to open it. The interior is clean modeled, keeping the same simple lines from the original, nicely detailed and finished. Is great looking the steering wheel with metallic photo etched spokes and woody. The dash is covered in a beautiful wood trim and keeps the well detailed and legible indicators. All the interior is carpeted, missing the seat belts-I don't know if it was an option on the real car- and features textured an painted seats, textile look alike. 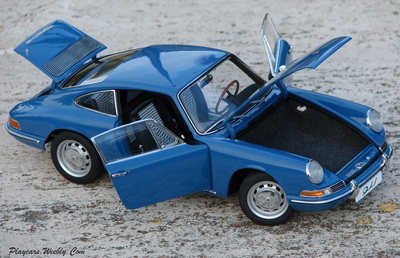 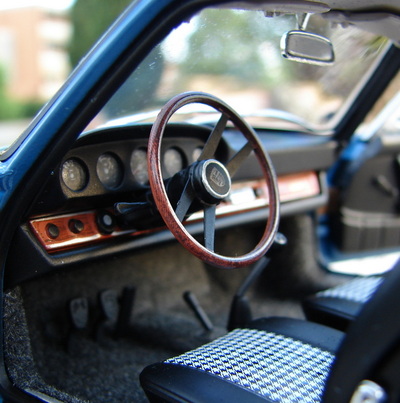 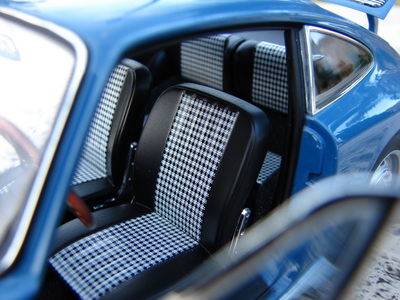 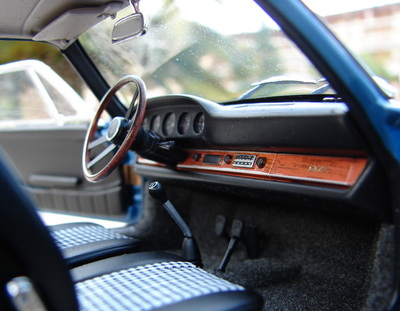 The front lid covers a carpeted interior and nothing more. Backside, the emblematic 911's engine may appears  made of much plastic in the photos. In fact, only the carburettor looks cheap, because, hard visible, the engine is well and true detailed, featuring hoses, cables, different containers, a generous cooling fan and a lot of warning labels. Underneath is still visible, together with the gear box and the exhaust system. The suspension is visible as well, but not detailed at all. 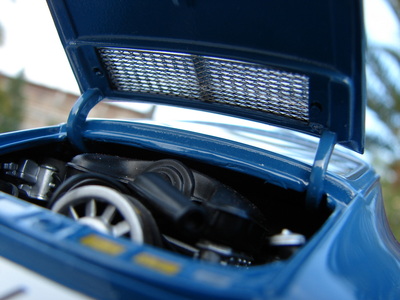 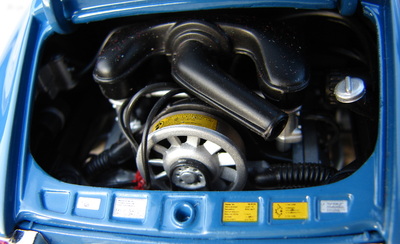 Being the embodiment of an early legend, the Autoart model is more than a decent effort. Is a great presence and a true start in a Porsche line up. Is well crafted and detailed, its exterior surprising very well the essence of the 60's and the design's origins of an immortal shape.