Classic Carlectables is an almost unknown name for the auto models enthusiasts outside the Australian continent. Just because they are producing and selling their australian cars models only on this market. Rarely their models reach a foreign territory and are an exotic presence. The offer for the Australian market is very rich and the models seem to be high quality. Being exclusively dedicated to the Australian zone, the models are made in little limited editions and become rare very quickly. Back in 2007 they released a model, which will make this brand famous around the world: Holden Efijy. A futuristic- retro designed concept, with a design never seen before, the Efijy quickly became a cult car in Australia. It was a reinterpretation for the iconic 1953 FJ Holden.The model is limited at 6600 pieces. Many, someone could say if we are looking around at other limited models, released in the same period and still available on the market . But it wasn’t. Holden Efijy is one of the rarest die-cast model. Here exist an other 300 pieces limited designer version distinctive by its particular base including some dates, the designer’s photo and his signature. But when it comes out, your bank must provide you a loan. Don’t think that the “regular” edition is cheap, either. Let’s take a close look to this collector’s holly grail. It comes in a 2 pieces polystyrene box along with an additional card box. A certificate having stamped the number of each model is included. The 5,2 meters long body of the real concept reduced in scale is still impressive.

Efijy model is very heavy, being mostly made of metal. The body is perfect painted in the “Soprano purple” shade. Is shinny, metallic and added in a very thin layer. All the chromed parts from the real car were replicated here: the front grill, the windows or taillights  frame. And must say the chrome quality is perfect. The front lights and taillights are exemplary done in both cases, the LED’s bulbs being replicated and visible. On the rear side the beautiful piece which include the third stop light was properly brought in scale. The final exhaust must be seen in reality, is fitting the model body very well and is covered in the same perfect chrome. The front logo is moulded in the grill and its background was red painted. Both sides and rear logos are photo etched metallic parts. The stance is accurate and seen by its lateral side the model looks impressive. No door handles are applied, just because the real car featuring automatic doors. The aluminium panels beside the rear wheels were replicated with separate silver plastic parts. The model doesns't feature lateral windows. This fact gives a strange look on the general view, unfortunately. 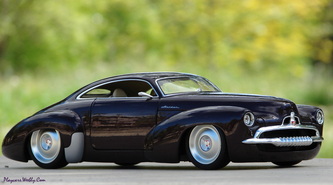 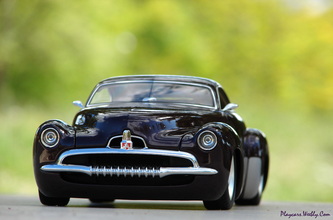 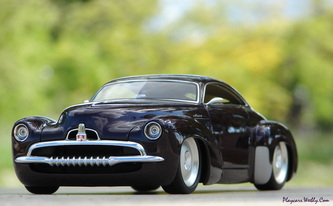 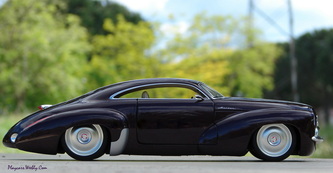 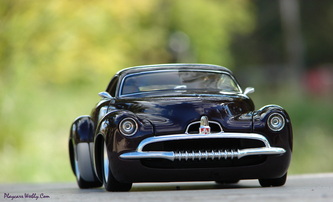 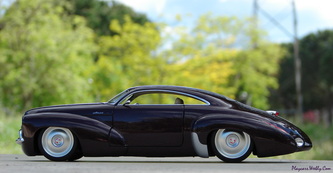 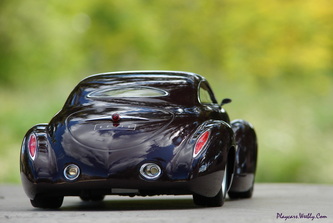 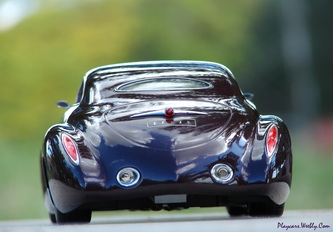 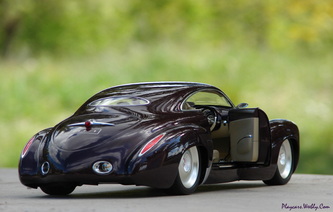 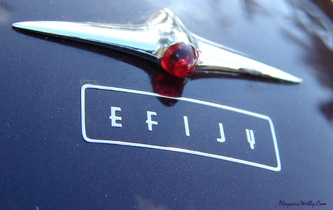 The rims have a clean classic look, are silver painted to replicate the aluminium and the lug nuts were modeled as an individual part. The brake system is present, even if isn’t visible from outside. The front wheels aren’t steering. 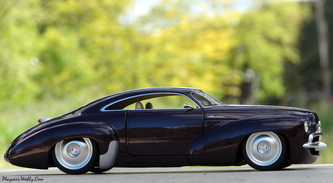 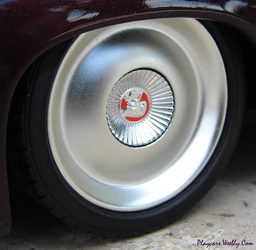 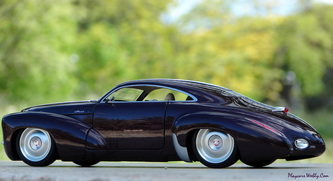 The interior is very simple like in the real car, but carefully and qualitative made. The few buttons on the central console are chromed and painted and appears to be single parts in the whole ensemble. All the chrome inside looks great. The single indicator on the dash board and the LCD are stickers, well applied and legible. The “Efijy” inscription is painted and the original colour scheme was kept. Being made of maple timber on the real car, the floor is extremely nicely replicated here in the same looking way. The seats are pretty nice done and the seat belts are made of textile with fine plastic buckles. Door panels are carefully made. 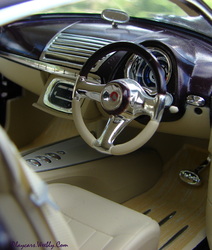 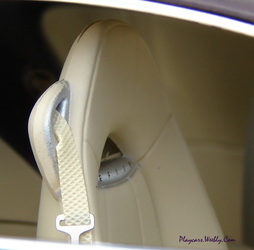 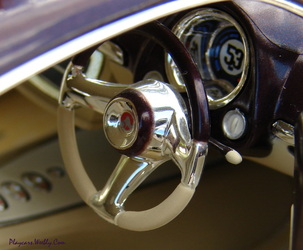 Front lid is functional and reveals the futuristic look engine. Is all chromed, carefully moulded to follow all the real details and has 2 visible hoses. Nothing more to be seen, like at the real one. The rivets around the engine bay were replicated by tampo applied parts. They’ve mounted even the rod to keep the bonnet open. The trunk is sealed. Underneath some more details of suspension, transmission and the entire exhaust system can be seen. Both aluminium flat panels from the real car were attached and painted in silver. 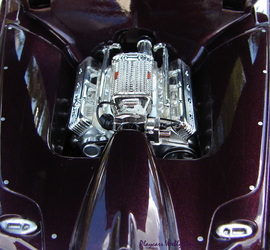 Holden Efijy is a good model having no extraordinary details replicated, with a good quality and an exotic presence. Is the fair product for its initial price. Unfortunately it was dedicated only to Australian market and become very, very rare. And a certain price must be paid to have it, when rarely appears for sale.  But, the Efijy will always remain a model that delivers retro, mumbo and gizmos in one glorious package.