The Lotus Esprit S1 or type 79 is well known not just for its impressive design of that time, but for its role in the 007 movie series as well. Is one of the first AutoArt models and during the time they made more variations of the car, including here the movie editions, too. Today, is still a nice and carefully made model, even if the level of details is poor for the present standards. It has the correct size and stance, is well painted, the paint layer being thick in comparison with the new models, but uniform and shinny. Only the turn lights are visible on the front part, unfortunately the pop-up lights aren’t functional. The "Lotus” lettering are tampo applied on the front lid. Moving on the lateral side, the black stripe along the body is precisely painted, the “Esprit” inscription is tampo applied and they had the bad idea to use paint to replicate the turn signals, instead of plastic. The door handles and the fuel lid are beautiful crafted and appears like individual pieces. For the fuel lid they’ve kept the correct shape from the real car. On the rear, the taillights use the correct colored plastic covers and are attached without visible stubs. This version has no license plates and even if on the black front bumper isn’t visible, on the rear side the empty black dedicated place doesn’t look good. With a real license plate the real note was better. A qualitative chrome was applied on the final part of the exhaust pipes. The rims are well done and chromed having very nice modeled studs and the car logo in the center. The chrome quality here is very good, without any visible age inconvenient. Made of rubber the tires respecting the right profile, but aren’t branded. The general look of the model is very good, the manufacturer did a great job everywhere. 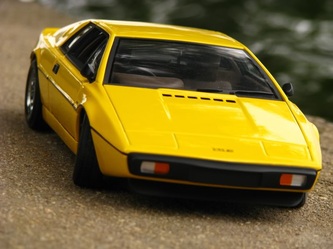 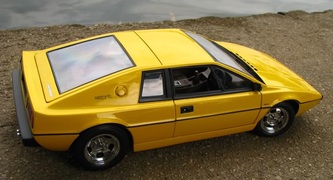 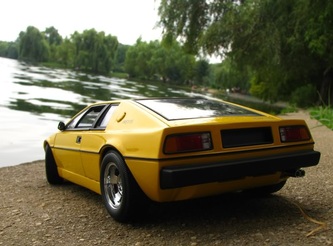 The doors have not the entire window replicated, only the little front part separated by a frame from the main one. Being a simple interior on the real car, here the feeling is the same. Is well finished, but without impressive details. The futuristic indicators block was replicated using a legible sticker. On the central console, the few present buttons were only marked with black paint. I just find a little bit strange and maybe over sized the shift gear. AutoArt used a light color for the interior and it was a great choice. On the floor was applied a textured plastic to replicate the carpet, a frequent solution for the models from that period. Was red painted and the color scheme inside cockpit is nice looking. Both lids are functional and opening on hide hinges. On the back side the engine is covered with a removable plastic cover. The plastic here looks cheap. The engine was good moulded but not detailed. No hoses, wires or other fine details. On the interior part of the lid a plastic covered was attached using big, visible screws and are not looking nice. The general look is cheap and boring if we are to observe it now, but for its release time for sure the things were better. Under the front bonnet we have a spare wheel, a separate part made container and a winch. The compartment was not carpeted.
After all this years I find the model interesting and well made, especially outside, where I can’t find any major imperfection. For sure the other versions of the model, like Essex, Turbo are more better looking and have few more details, but some are hard to find. The basic version could be find for more than a decent price, maybe it doesn’t has many supporters, but for sure is still a good model. 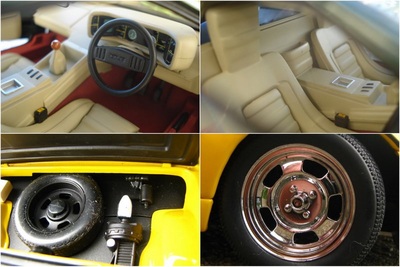 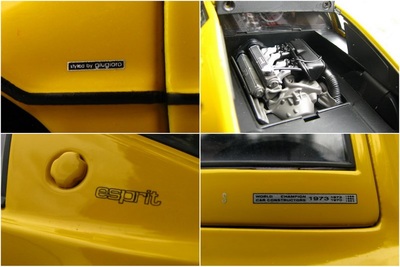