The 50th anniversary edition of Chevrolet Corvette is an old model from AutoArt collection. The model comes with a special card box, in the same burgundy color as the model inside and having the “Corvette” inscription on it, but keeping the usual design. A key chain and a license plate looks alike having the car photo on it are included in the box. This special edition of Corvette was replicated in the normal street version and the Indy 500 Pace car. Here I will take a look on the Pace car version. The general look is great, the model seems to follow the right proportions and lines of the real model. The stance is great. The special burgundy paint chosen for this anniversary edition is well applied, not so thin as on the newer models, but shinny and uniform. The Corvette logos and the Indy 500 decals- the only difference so far in comparison with the regular model are very well applied, being tampo  decals. 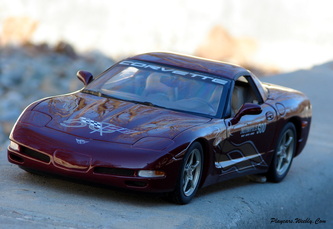 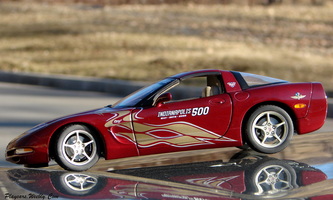 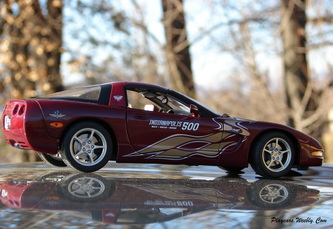 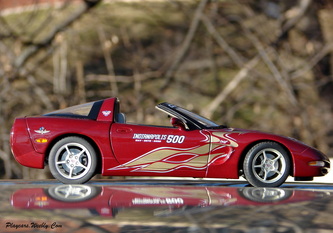 Only the turn signals are visible on the front side, the pop-up lights aren’t functional, unfortunately. The turn lights indicators from the both sides are using a little attaching stub. On the rear side the taillights are separate parts, correctly done and the final part of the exhaust is chrome covered. The “Corvette” inscription is moulded on the body. For the license plate they've chose the 50th anniversary logo. The rims are correctly done and looking great, to be honest, having the same logo in the center. The studs are awesome, looking like the real thing and the  brake disks are covered in the AutoArt style with a metallic part to replicate the real steel. Are visible the calipers having the “Corvette” inscription on them. The roof is made of plastic and can be removed, but carefully because the attachment pins are very fragile. 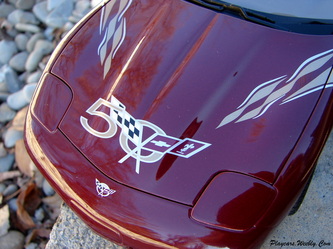 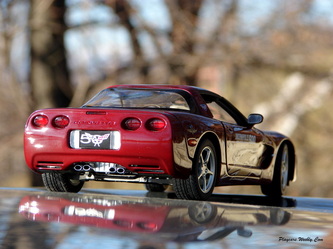 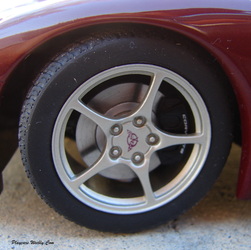 The cockpit looks very good and carefully finished. The light color is great, the carpet rich and on the central console all the buttons were modeled and marked after. The “50th” logo was applied on the superior part of the seats and moulded in the steering wheel center. A very nice touch here. The indicators are replicated using a sticker. Only the pedals are poor looking and some more attention could be put in theshift gear's crafting, the final result being very thick. 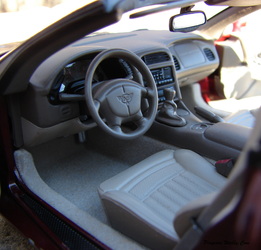 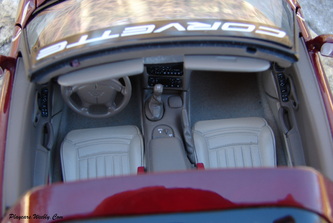 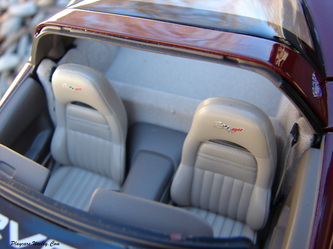 The rear bonnet is made of plastic and the demister system was replicated on the back window. All the trunk is carpeted and the functional parts on the real car were marked here and are looking very nice. Opening the metallic front hood the engine has a nice look. It looks much better in comparison with other models from the same generation ( BMW M3 for example). The engine block is replicated in red, few hoses and some individual parts are present. The lids of different containers are marked and some warning labels can be seen, giving realism to the engine bay. The hinges have an acceptable size. 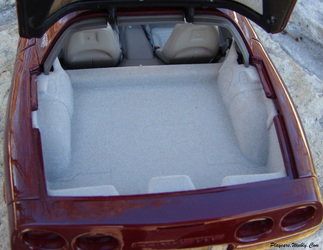 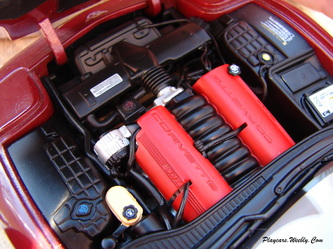 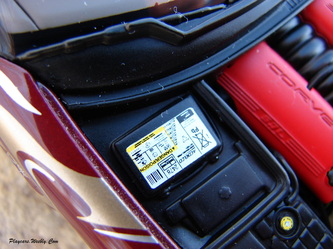 In conclusion, I consider that for the time when it was released, the model was great and it still is. Especially the interior. I didn’t see major differences in comparison with many newer models in the same range and I can’t ask for more.