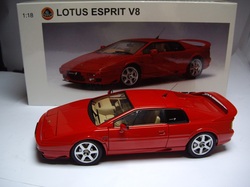 Is a while since I’ve decided to add this model in my collection. I still miss the old Millennium range models from AutoArt, better detailed and crafted, made with more metallic parts and  better looking and protective boxes. Lotus Esprit V8 is an impressive engineered and designed car and from the model I was waiting only good things. Just imagine, when it arrived everything was 20% better. Is a fantastic model, and I could place it in top three of the best models Millennium releases. After observing the model from a long time, here comes my considerations.

For the first, the paint job is perfect, smooth, shinny, applied everywhere in a thin and uniform layer. Is heavy, even if has a lot of plastic parts, like the bumpers, rear spoiler, sills, mirrors or front light covers. All the air vents are covered with real meshes made of plastic. The pop-up front lights are  functional and can be operated from an underneath button. Are exemplary made, having textured lens and the surrounding chromed frame modeled precisely. Turn signals, the taillights and fog lights are made in the same manner. They’ve used translucent plastic, with different colored segments and the attaching stubs were painted in the same color, giving the impression of light bulbs. What is a great example of detailing and craftsmanship on this model are the logos. Made as individual parts, are extremely detailed, properly colored and legible. The thin chromed frame around them was replicated. Both logos, one on the front lid and a smallest one in the back side are fantastic looking pieces. From the lateral side is easy to see that the car’s shape was precisely followed. Wheels arches and the air vent included in the sills are put in evidence very well. For the mirrors, they’ve used black material to replicate the plastic parts from the real thing. Door’s windows have thin frames and the door itself provides detailed molded handles. On the rear side the air splitter is correctly shaped and the final parts of the exhaust system were covered in a qualitative chrome. The manufacturer was carefully in modeling the external antenna that comes with a nice base and is made of a thin flexible piece of plastic. 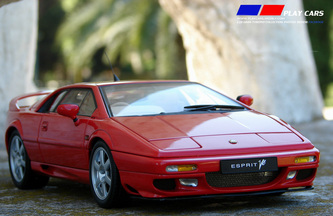 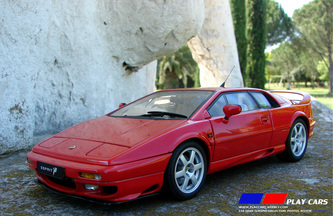 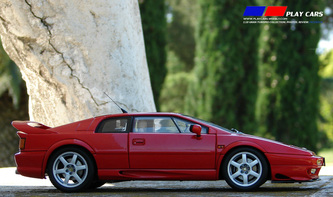 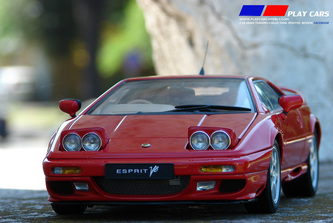 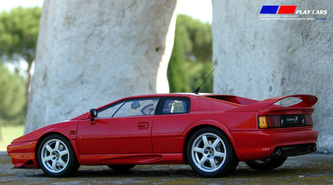 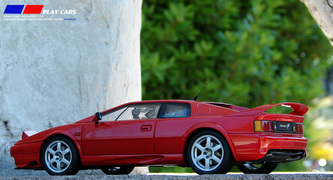 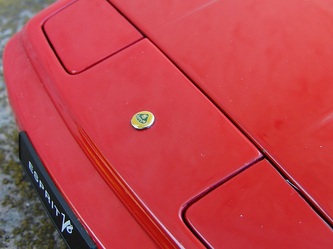 Is already known the great level of detail put into the wheels area and the model in discussion isn’t an exception. The design is spot on, rivet heads were replicated and are visible and for the central lug nut they used the same logo already described. A fantastic ensemble and if we add the brake system having the disks covered with a metallic part and dimpled (in scale) to fake crossed drilling and the calipers marked with the car’s name, then we can say that AutoArt did a complete excellent job here. Nothing more to ask. Tires are feeling rubbery, have the correct profile and dimension, but are not branded. 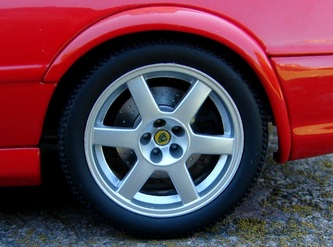 Gaps are minimal on this model and you’ll need to use the included opening tool to open the doors. We have a great interior that comes in great harmony with the body’s color. Only at a model from this generation you can see such a good finished interior. On the central console the buttons are individually marked, the dash board and door ornaments are covered with a plastic reproducing the wood trim and the indicators are legible. Steering wheel has the correct size and the shift knob is marked. Seats have red accents and looks superb, if you are to ask me and textile made belts with metallic photo etched buckles. Of course, the interior is carpeted. Even the sun visors or the speakers are precisely modeled and fitting their places. Quite impressive! 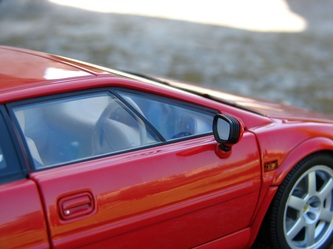 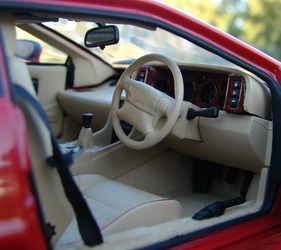 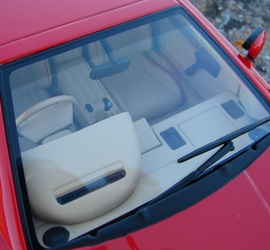 Front bonnet is opening on hidden hinges and a functional strut keeps it open. What is revealed under, is available now days in the Signature level. We have here the spare wheel, some cables, containers and a closed compartment, not to forget about the labels applied on the chassis. On the rear side the lid is made of metal, only the air vents are plastic, made as separate parts and cut-in. Is opening on hidden hinges and stays open by itself. Only the red cover and some rivet heads are visible from the middle situated engine. The surrounding plastic frame has fine perforated grills, very good looking and is followed by a carpeted compartment containing the battery nicely detailed and wired. 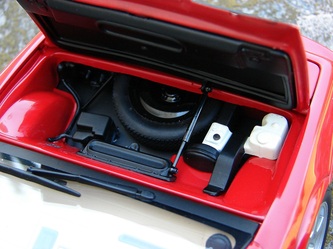 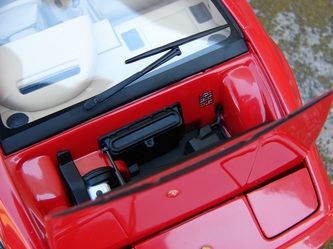 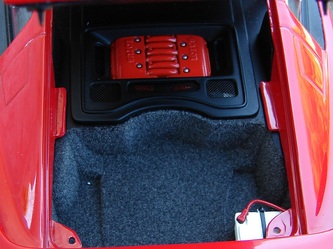 If you are thinking that everything stops here, you are wrong, because underneath the good part continues. In this place, where many manufacturers, but even AutoArt itself on many models are giving up with detailing, we have the best things seen as far by me on a model from this category. The engine is visible and wired together with suspension and chassis frame. The exhaust system was covered in a very inspired tint and looks like a metallic part. Suspension has real springs, but is not functional. In the front side, 3 cooling fans extremely well detailed seem to be ready to freeze the visible radiator. Is a delightful view down there. 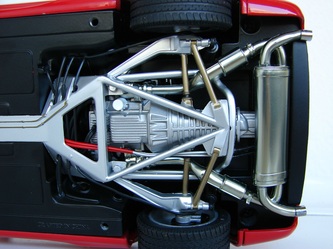 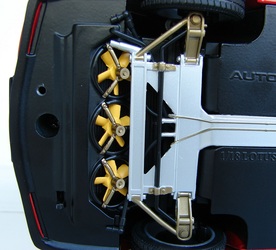 During my article I let you understand already my opinion about this model and I will say it once again in the end: is fantastic from any point of view! A remarkable work from AutoArt and a highly recommended model. Detailing, craftsmanship, finishing, everything is similar with the actual Signature series. Just to find the inspiration to add this model in your collection.