p       l        a        y        c        a        r        s
Lamborghini Diablo SV (Super Veloce) was introduced in 1995 at Geneva Motor Show and was the first to revive the "super veloce" initials first used on the Miura. Was based on the standard Diablo, but with a notable power increase and the lacking of the four wheel drive from the VT, together with some exterior modification and bigger brakes. As a curious fact, the SV was listed as an entry model on the Lamborghini lists, even if the price was considerably high and the rear wheels traction combined with the huge amount of power transformed it in a scary car, when was used unwisely. For many, this SV version is considered to be the last Diablo ever built.

On the entire body the paint job is very well done, in a perfect applied layer with metallic flakes for an amazing effect in the strong light. The big SV logo is also painted. The most distinctive part of the real car and a symbol for the 90's performance cars, the pop-up lights are not functional unfortunately, despite this fact our replica provides realistic made turn and rear lights. All the badges are tampo applied, only on the back side, the car lettering and model are represented by two individual badges. The model doesn't provide real grills for the air vents, we have only two textured and transparent pieces to remember them, around the engine bay. Still from the exterior, I'll mention the final pipes of the exhaust system, beautiful chromed as a pleasant thing and the not so inspired turn signals on the fenders replicated by two painted points. 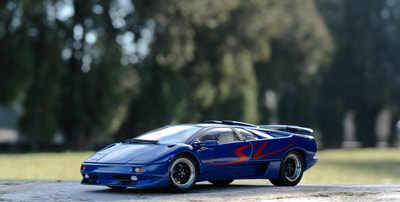 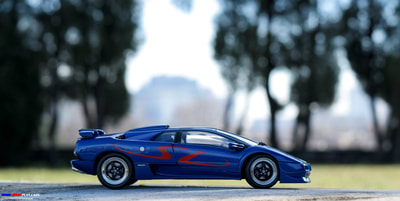 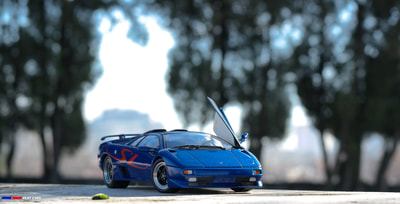 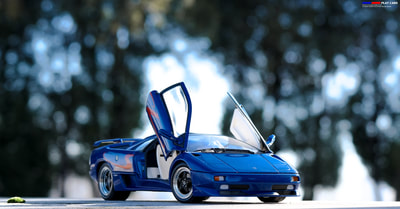 Both lids are functional and the one in the back reveals the V12 unit, detailed by some separate pieces and inscriptions and still visible from the underneath. In the same time keeps cut through air vents and a shy attempt to replicate the safety clamps. In the front compartment is visible a part of the ventilation system and the same textured surface around it. 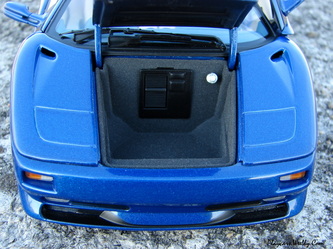 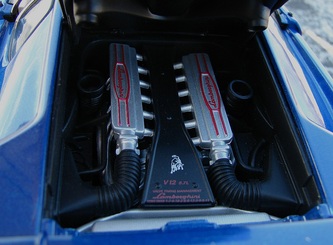 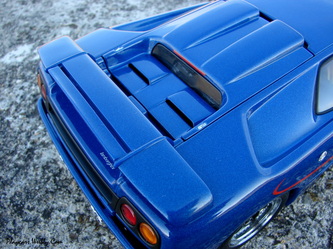 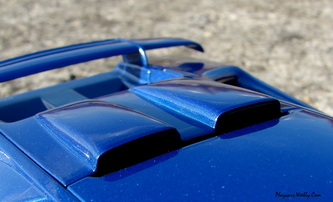 Being one of the early Autoart's releases the Diablo SV doesn't show its age and remains the best replica of the famous "Devil" you can expose in your collection. Is beautiful almost as the real car is, nice done,  without imperfections giving something more than you would have expected. The paint job and the wheel's details amazed me, the contrast between colors on my model is very inspired and I still think that this is the best option. The Diablo SV is the model which stands out from my Lamborghini line and in spite of the newer ones is the most valuable of all.